Lost in the Hampshire Hills: my inspirations for The Holly Groweth Green

Many of you will have noticed that I have a new Christmas short story out. In fact, those of you who have signed up to the Dreamspinner Advent Calendar should have received your copy today 🙂 It’s a little piece of whimsy which I hope has brightened a few people’s days at this busy time of year, and I thought I’d tell you how it came about and share pictures of some of the landscapes that inspired it.

The story has its roots in two things: a fairy tale and a play about fairies. Many years ago, I had the idea to write a story about a prince who had been turned into a holly bush and could only be saved by true love’s kiss. It was one of those ideas that never really grew wings and I tucked it away and forgot about it until the urge to write a Christmas story grabbed me last summer. Of course, writing Christmas stories in high summer presents its own challenges, and this year we had a heatwave. I had also, like every English teacher in the world, picked that term to teach A Midsummer Night’s Dream.

Those threads came together in my mind to create Avery–an Elizabethan wizard who has offended the fairy court and been cursed for it. Avery needed a hero and the scenario which was beginning to take place in a mind needed a place which could be cut off by snow. That’s not easily done in the modern English countryside, so I investigated the worst winters in British history. The winter of 1946-47 immediately leapt out at me, and very soon I had Laurence too–a war veteran who is more than a little lost after a head injury which has left him with long-term problems with coordination and calculations. Laurence is muddling through at the start of the book, with no sense of what his future holds or how he will ever find a purpose again. The magic begins when he meets Avery, who has almost given up hoping for a hero.

The story is set in the rolling hills of North Hampshire, even now a quiet corner of the world, dreaming away between the urban bustle of London’s commuter belt and the more dramatic rise of the South Downs nearer the coast. It’s a country best known for Jane Austen, and one I’ve walked extensively. Unfortunately, none of my walks have taken me to the real lanes in the story and so their description should be taken as more of a rural fantasia than true representation of the real Privett as it is today.

Above, you can see some pictures of the villages of North Hampshire. Below are some of the roads and tracks. It’s a deceptive landscape–at least one of these views entirely conceals a large town which lies deeper into the valley. It’s an easy country to get lost in (I speak from experience) and it’s getting lost–stepping off the familiar road and into the unknown–which throws Laurence into his midwinter night’s dream.

Even the railway which brings Laurence into this countryside has vanished today. The Meon Valley line used to be an alternative route from London to Portsmouth. It was closed to passengers in 1955 and altogether in 1968. All that remains is a few bridges, a couple of sealed tunnels, and some station buildings turned into country homes. You can see the remains of one of the bridges in the pictures above.

What we do still have is a heritage railway about five miles to the north–the Watercress Line. This was once the ‘main’ line from which the Meon Valley line branched off.

Sadly, I don’t have any pictures of trains in snow to share, but it’s snow on the railway which leaves Laurence stranded in the countryside on Christmas Eve. With the tunnel ahead blocked, he can’t get to his destination, Portsmouth. Nobody’s expecting him, so he decides to find somewhere local to stay.

Instead, he finds Avery.

Oh, and that Shakespeare influence? If you look closely, you’ll find multiple allusions to and quotations from the Dream in the story, alongside the titles of several of Shakespeare’s other plays (I think there are six in total). Happy hunting 😉 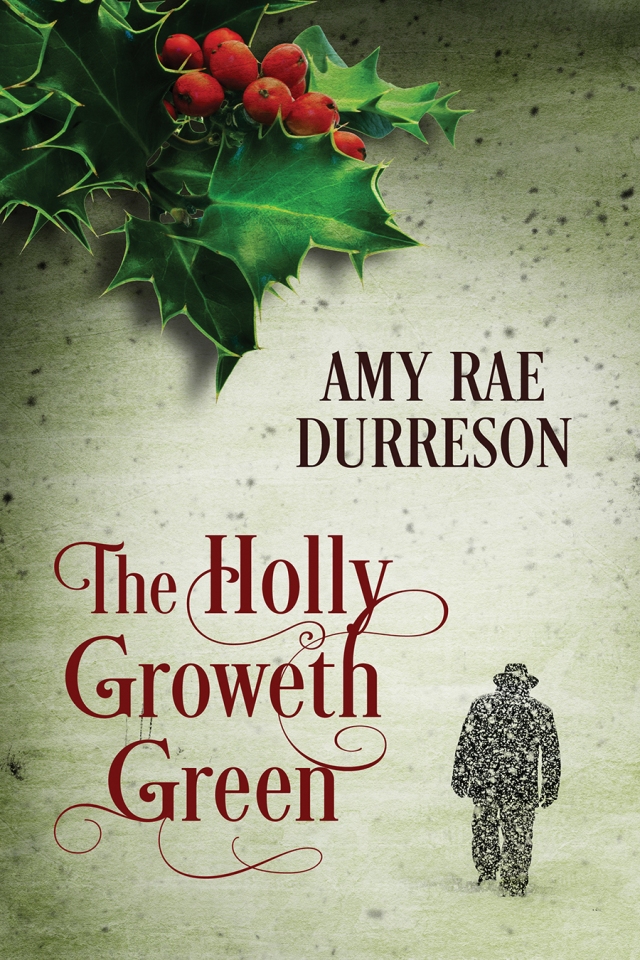 2 Responses to Lost in the Hampshire Hills: my inspirations for The Holly Groweth Green